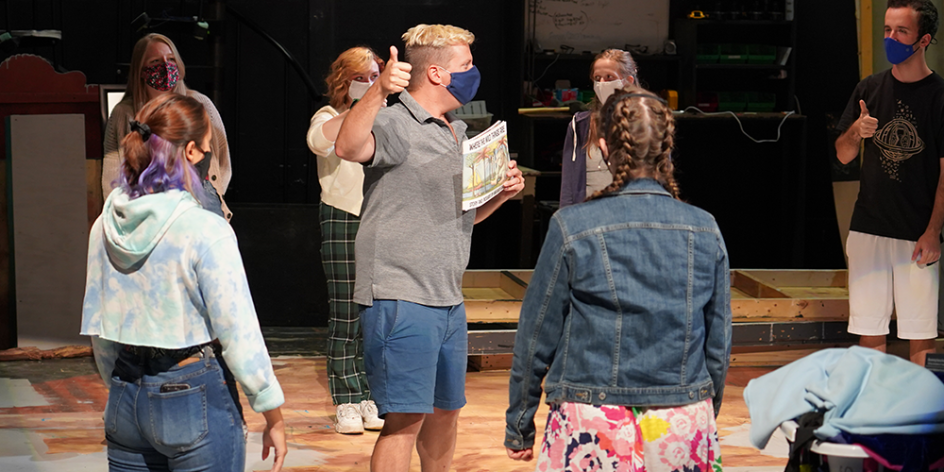 Assistant Professor of Theatre David Cotter has been appointed as the interim national business manager for Alpha Psi Omega National Theatre Honorary. He will oversee the day-to-day finances for the organization its general administration, including the distribution of scholarships and grants.

Heidelberg is home to one of 600 Alpha Psi Omega chapters. Because of David’s appointment, APO’s national archives will now be housed on campus and Heidelberg will become the official home for the organization. This will give ‘Berg students the opportunity to work within the organization in internships and paid positions.

“As the home of Alpha Psi Omega, Heidelberg will be represented on the national stage,” David said. “The appointment also recognizes the growth and strength of the Heidelberg theatre program as its enrollment has steadily increased over the last five years.”

“It is a national recognition of the strength of the arts programming on Heidelberg’s campus. The appointment will allow our students a unique opportunity to interact with constituents across the country and build their skills as artists and administrators.”

Alpha Psi Omega is a 95-year-old national collegiate honor society for participants in theatre. As the largest honor society in America, APO awards individual scholarships and grants to chapters to assist in support of student-driven work.

The Heidelberg chapter of Alpha Psi Omega received one of these grants last year to support equipment purchases for the recently renovated Little Theatre. Caira Goldstein, a ’21 graduate, successfully authored the $3,000 grant.

In his new role, David also will handle membership and assist chapters nationally as universities induct new members and support the national chapters. He will be voted in as the official national business manager this spring at the national business meeting of the Southeast Theatre Conference, the largest conference of its kind in the U.S.