Paul Brown, ’69, remembers very distinctly his freshman year, sitting in the library, and listening to someone singing as they walked down the sidewalk. That “someone” was Ira Turpin, a musical prodigy from Canton, Ohio. Ira, then a sophomore in the class of ’68, had been in singing groups back home.

“Ira grew up around the O’Jays. In fact, he is married to the younger sister of one of the founders of the O’Jays,” Paul says. “He might have been an O’Jay if he wasn’t so young at the time the members of the now world-famous singing group left Canton to seek fame and fortune in California. But Ira has always said he was not destined to be an O’Jay. He was destined to be a Mystic.”

Alumni from the mid- to late ’60s will recall the sweet sounds of the Mystics, a Heidelberg-grown, Motown-style band whose popularity grew throughout the region during their student days

In 2007, some members of the Mystics – including Ira, Paul, Gary Hayes, ’70, Lawrence “Butch” Bates, ’67, Rick Pogue, ’70 and Tom Krammes , ‘70 – reunited to give a magical reunion performance during Alumni Weekend. They hadn’t performed together in more than 40 years, but these soul men dusted off their tuxes, donned shades and had alumni clapping their hands and singing along to such classics as “Hold On, I’m Comin’,” “Ain’t Too Proud to Beg,” “Soul Man,” “What’s Your Name” and an encore performance of their signature song, “My Girl.” A group of local musicians, including Bob Hunt, ’74, Tiffin resident Tony Paulus and several members of the Tiffin-based musical group Rusty Vinyl joined the singers to re-create their original musical sound.

The Mystics performed again at Alumni Weekend 2008. There won’t be a reunion during Alumni Weekend this year, but there will be a great opportunity to reminisce with Paul, who will present a Classes Without Quizzes session all about the glory days of the Mystics. It’ll be a great way celebrate his 50th class reunion.

Without giving too much away – and to tickle a few memories – the Mystics originally was formed as an ensemble of four a capella singers. Later, they added instrumentalists and became a full-fledged show band that performed on campus, in Tiffin, throughout the region and the state.

“We started in earnest during the ’66-’67 year, doing the talent show in the fall of ’66 and Spring Sing in ’67,” Paul says. “We also started doing some local events and a bit of traveling.”

Everything gelled during the ‘67-’68 school year and it was a big year for the Mystics. They even got invited to play at Michigan State University and established a temporary performance venue in downtown Tiffin. They were signed to be the warm-up band for a Stevie Wonder concert on campus, and they performed at a huge talent show in Cleveland, becoming a popular act at one of the largest night clubs there.

As members moved on, new ones joined. The band was so successful that they became a business entity, eventually legally incorporating under the name of Sounds Inc., purchasing a bus, their own sound and lighting equipment and wardrobes.

But the spring of ’68 spelled the end of the Mystics’ era as many of the key members graduated or had moved on. It was a sudden end to a growing enterprise, leaving them to wonder what might have been. 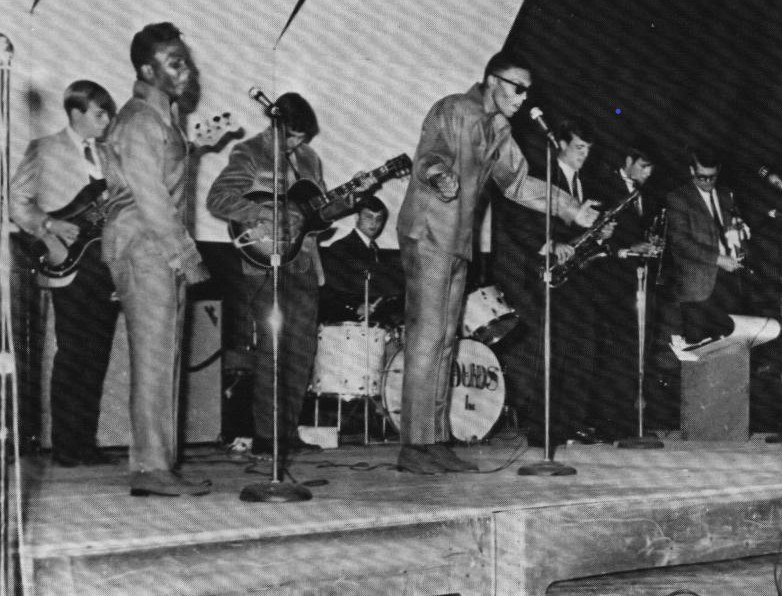 “We aspired to stay together, but we just couldn’t work it out,” Paul says. “But it was a wonderful experience a tremendous amount of fun. We have all kinds of stories about our adventures.”

They had a great run, to be sure, and a number of former members have kept in touch over the years. It’s a challenge to list all of the alumni who performed with the Mystics at one time or another, but Paul will give it a go during his presentation.

It’ll be a sort of then-and-now history of the band, highlighting key events and people who contributed their musical and business talents to the Mystics.

Individually, Mystics members went on to highly successful careers in medicine, business, law, financial services, education, ministry and the military, among others. Sadly, a few are deceased. Collectively, they left their creative mark on campus and beyond.

It’ll be a trip down memory lane you won’t want to miss!