The National Center for Water Quality Research team has been monitoring the Maumee River for nearly 50 years now. But above-normal rainfall in the spring and early summer months have shined a new light on their data and cast the staff into the limelight more than ever.

The cause: the return of harmful algal blooms (HABs) and their impact on the quality of the lake as a drinking water source. 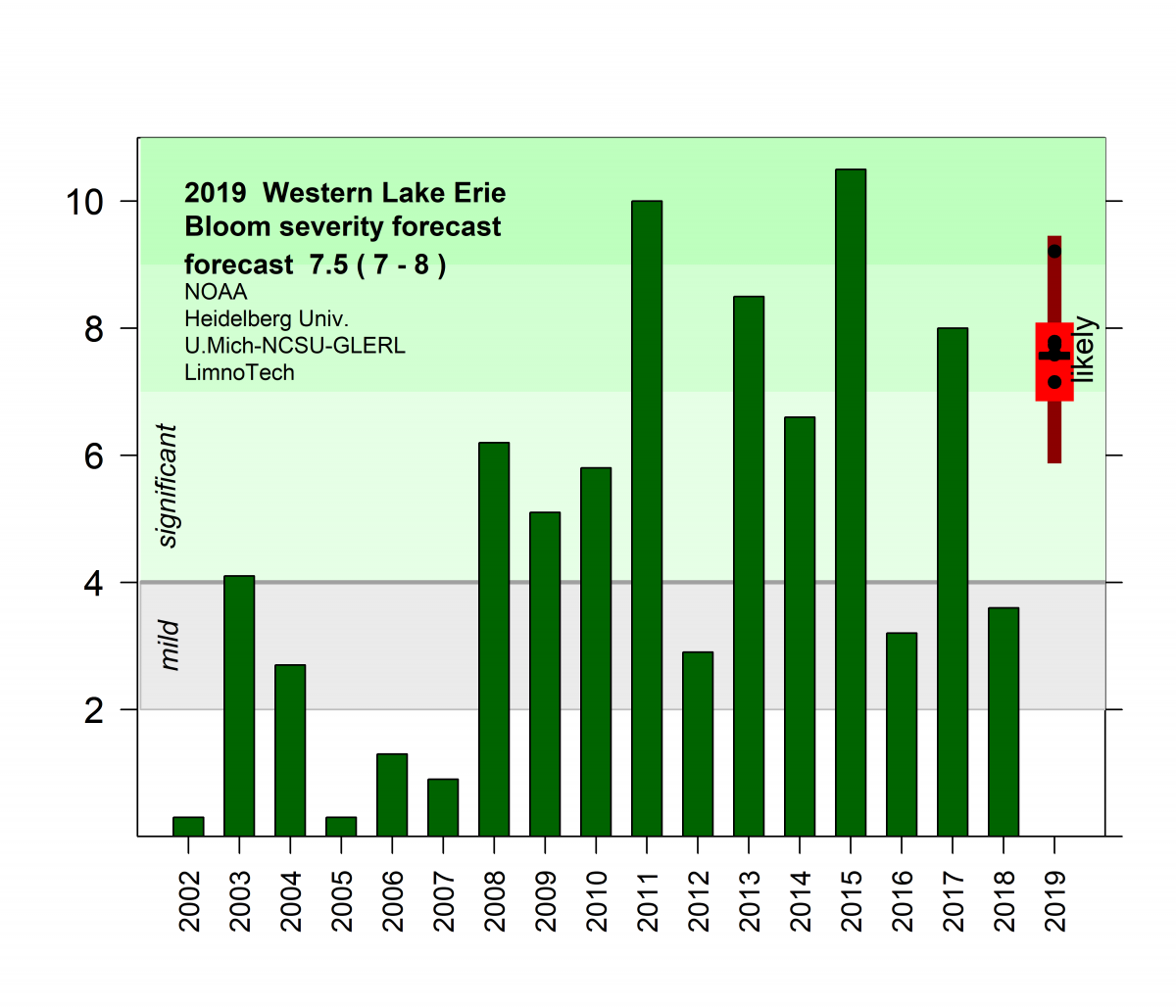 If you live in or near northwest Ohio, you’ll surely remember the summer of 2014 when the harmful algae blooms grew so large in the western basin of Lake Erie the city of Toledo was forced to prohibit the use of drinking water for several days.

Since that time, communities, agencies and scientists have collaborated to seek solutions to prevent a recurrence of the 2014 situation, even though Mother Nature is beyond their control.

Director Dr. Laura Johnson and the NCWQR team are key players in collecting and providing data on phosphorus loads that are used to produce the HAB forecasts. Beginning in the spring, regular early-season projections are released about the potential bloom severity, based on a combination of phosphorus measurements and forecasts of water flow from the Maumee River into Lake Erie during the loading season of March 1-July 31. In mid-July, this data is used in an ensemble of models from multiple institutions to forecast the bloom size for the summer.

Laura works closely with oceanographer Rick Stumpf, who directs Lake Erie’s algal-forecasting program through the National Oceanic and Atmospheric Administration. NOAA, the NCWQR and other agencies have been working together to formulate and publicize the early season projections. In May, the first NOAA early-season projection estimated a harmful algal bloom less severe than 2017 but significantly worse than 2018, which was one of the least severe in the past decade.

The official forecast for the season was released Thursday, July 11, during a news conference at the Stone Lab research facility on Gibraltar Island, near Put-in-Bay.

Calm wind and warm temperatures could negatively impact the bloom. But there is a silver lining, perhaps even irony, according to Laura. Heavy rains that kept many farmers from planting and fertilizing their fields has meant about 24 percent less phosphorus applied to the soil. Yet, higher-than-average rainfall could ultimately result in a much worse bloom.

The size of the bloom doesn’t necessarily correlate to toxicity, though. So until the bloom peaks, typically in September, communities and scientists will continue to keep a close eye on the western basin of Lake Erie.