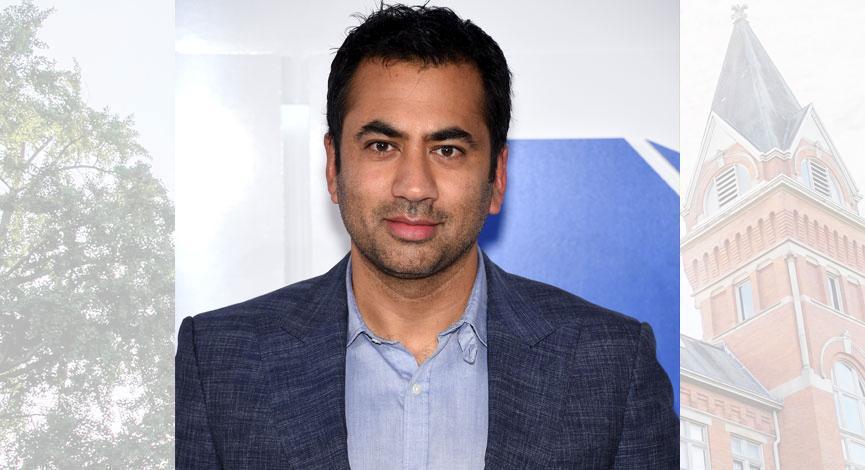 From being a well-known actor to an appointment in Barack Obama’s administration, Kal Penn took Heidelberg students behind the scenes of being an actor and political staff member and how communication plays into both.

As the second HYPE Career Ready keynote speaker of the spring semester, Penn shared stories about how he got his foot in the door of the acting industry. He traveled across the country, from New Jersey to California, to attend UCLA School of Theater, Film and Television with the hopes of becoming an actor. While today, Penn is known for his roles on “Harold and Kumar,” “House,” and “Designated Survivor,” his career started on a rather odd, eye-opening note.

Penn had an audition to be a nerd for the Steve Harvey Show and while he is not a method actor, he decided to become the character. Penn arrived looking like a “knock-off Steve Urkel” and continued to act as such until the audition was over. That same afternoon Penn’s agent called and said he got the part -- his first paid television role. Fast forward to a couple weeks later when the episode was airing. Penn had gathered friends in his dorm to celebrate his debut and just as his lines were coming up, the show jumped to the next scene leaving Penn without an appearance. The producers needed to save time and thus had to cut his line. Thus, he learned his first Hollywood lesson that he was entering a business and those who were running the business had different priorities than him.

Shortly after, Penn decided he wanted to take on an internship to broaden his knowledge in the field of production. He interviewed with the CEO of a Hollywood production company. The CEO who interviewed him discussed “his huge film company and all of the fantastic deals and relationships that he had with other film companies all over town.”  The only thing was that the interns for his film company were unpaid and uncredited. Because he wasn’t sure if an opportunity like this would come again, he agreed to the internship and was hired on the spot.

It didn’t take long to learn that the CEO had talked up his production company. The CEO was actually a “trust fund kid” from Beverly Hills who was gifted the company from his father. “People spend lifetimes building a career in the hopes of getting a production company at a major studio and this dude got one as a gift from his rich dad.” Thus, Penn personally referred to him as “Captain Moneybags.”
As time went on Penn became more and more aware that his boss was racist and sexist because of the way he spoke about potential hires for actors and interns. “Captain Moneybags” would not cast any actors who looked Asian because he said they didn’t go to the movies, which was false, Penn explained.

While Penn could have easily quit this internship he decided to stay and try to change  “Captain Moneybags”’ perceptions. “Captain Moneybags” eventually lost the company, and the last Penn heard, he was a struggling real estate agent.

From actor to White House staffer

“I got the chance to really go from making stoner movies and playing a doctor on TV to working in the Office of Public Engagement at the White House.”

During the presidency of Barack Obama, Penn was appointed Obama’s point person for young Americans, Asian Americans and Pacific Islanders and the arts community. Penn said he gets questions about what a typical day looked like in the White House. “There was no typical day at the House House, or at least in the Office of Public Engagement,” he said.

One of main assignments was overseeing the gifts and gift exchange between President Obama foreign leaders visiting the White House. Another challenge for Penn was addressing a situation where two men were about to be hindered from military service because of their articles of faith -- beards and turbans. The situation was related to “Don’t Ask, Don’t Tell,” which was abandoned but still in place. The two men were eventually given an exception.

“If the communication was bad or if we allowed emotion to get way ahead of making a calculation that would solve both issues, neither one would have gotten done,” Penn said.

"Regardless of your story ... whether it's at the White House ... or being typecast ... or getting your foot in the door ... all require a certain amount of risk-taking and deciding how to best communicate to get what you need and get the job done the right way."