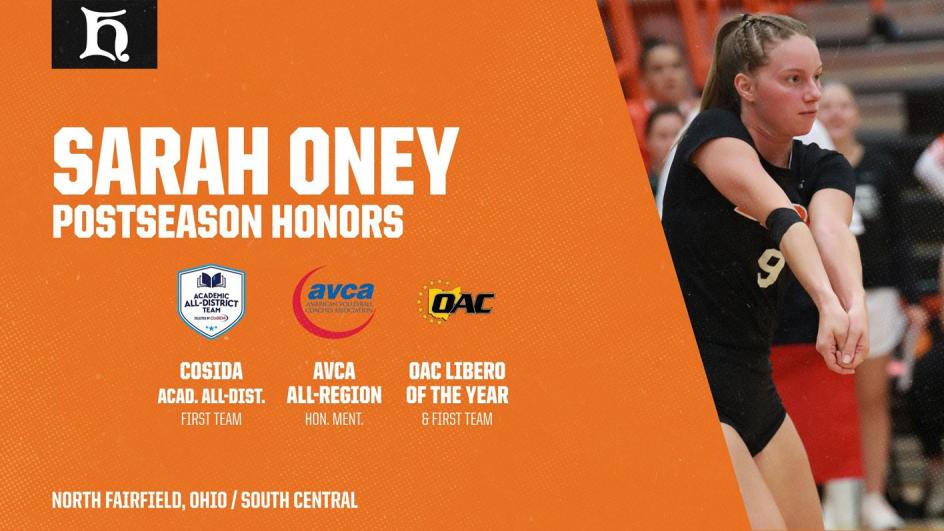 Though the Heidelberg University volleyball season ended earlier this month, senior libero Sarah Oney continues to receive accolades for her stellar campaign in the back row.  Already having been named OAC Libero of the Year, Oney picked up all-district honors from the American Volleyball Coaches Association (AVCA) and academic all-district status from the College Sports Information Directors of America (CoSIDA).

Oney amassed 585 digs this season, leading the OAC with 5.68 digs per set.  For her career, the three-time all-conference honoree notched 1,681 digs.

The AVCA tabbed her as an honorable mention in Region 7, extending HU volleyball's streak of at least one all-region honoree every year since 2007.

The CoSIDA Academic All-America teams will be announced December 16.