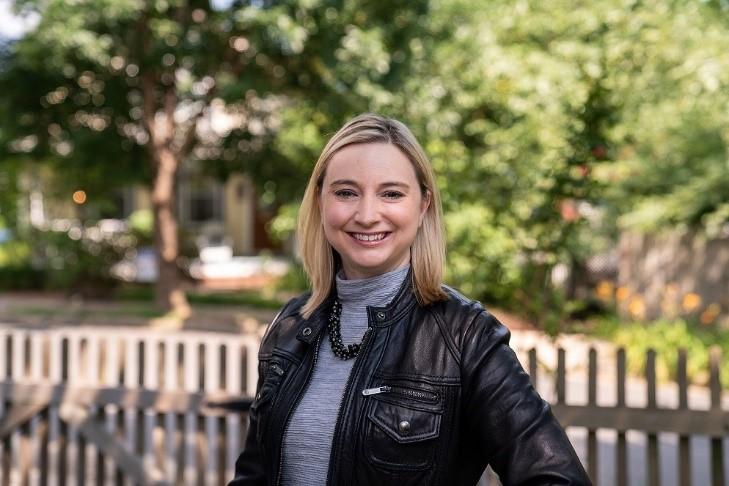 Heidelberg will officially kick off the 2021-22 academic year with an in-person Opening Convocation ceremony on Thursday, August 19. In addition to all of the traditions of starting the school year and welcoming the Class of 2025 into the ‘Berg family, the campus community will hear inspirational words from Melissa Harrison, ’02, who will serve as the keynote speaker this year.

Melissa, who graduated in 2002 with her bachelor’s degree in communication and political science, has 15 years of experience in state and federal government, politics and media. In 2017, she joined global advertising, marketing and PR agency Ogilvy, working out of the Washington, D.C. / Baltimore office. She is now a senior vice president, leading work on public affairs and public relations, policy advocacy, thought leadership, media training and crisis communication for corporate, non-profit, government and association clients.

Since her graduation, Melissa has remained active in the life of Heidelberg. Currently, she’s serving as the vice president of the Alumni Council, where she has been working with fellow Council members and the HYPE team to develop and launch Berg Buddies. Berg Buddies is a program that connects students to alumni mentors who will be career network advisors for them. In 2018, she was the recipient of the Young Alumni Achievement Award. In 2020, in the midst of the pandemic, she reached out to members of the graduating class with words of encouragement when their commencement ceremony had to be canceled.

While still a student at Heidelberg University, Melissa worked for a small market radio station and wrote for a weekly newspaper. Melissa found her passion at Heidelberg and parlayed that into the career she enjoys today.

Prior to joining Ogilvy, Melissa was appointed by President Barack Obama to serve as the Deputy Associate Administrator of Public Affairs at the Environmental Protection Agency, where she also served as Press Secretary. At EPA, she led communications strategy for significant climate change achievements including the first carbon reduction plan for the United States and the Kigali Agreement, an amendment to the Montreal Protocol Agreement to reduce climate warming hydrofluorocarbons (HFCs). She traveled the world with the EPA Administrator to strengthen the global commitment to act on climate change and reduce plastics in our oceans.

Throughout her career, Melissa has garnered high-profile media coverage in international and national outlets such as the Associated Press, Reuters, USA Today, The New York Times, Los Angeles Times, Politico, Quartz, Wall Street Journal, Washington Post, and The Guardian. She has also personally appeared on cable television, including MSNBC and C-SPAN. Melissa is a regular speaker at public relations and public affairs conferences.

Melissa is active in her community as a member of the Truman National Security Project and as a co-leader for a monthly homeless outreach service in Washington, D.C. Melissa also studied at Oxford University in Oxford, England.

In her spare time, she enjoys traveling, riding her Peloton, spoiling her dog and two cats, and spending time in the outdoors with her husband, retired Navy Lt. Commander Michael James. They reside in Alexandria, Virginia, with their four-legged children Jax, Einstein, and Newton.