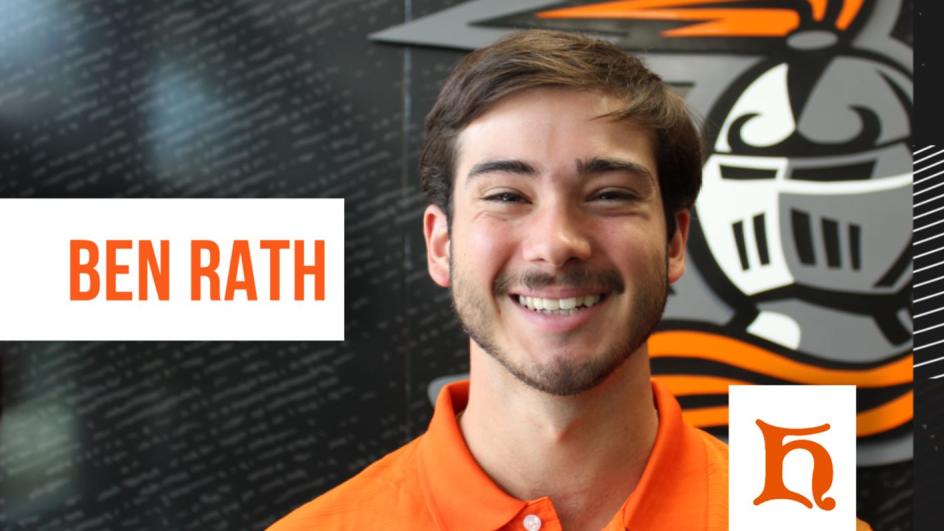 Heidelberg University Director of Athletics Greg Cooper announced today that Ben Rath has been hired as the head coach for the relaunch of the school's men's and women's swimming teams. Ben will begin his tenure immediately, helping recruit the first class of swimmers in preparation for intercollegiate competition in the 2023-24 academic year.

"We are very excited to welcome Ben to Heidelberg. His experience as a collegiate swimmer, assistant coach, and head coach starting a program at the Division III level set him apart from our other candidates," said Greg. "In addition, he has an extensive local recruiting network, which makes him a perfect fit."

Ben comes to Heidelberg after a stint as the first head swimming coach at Bluffton University.  Prior to his time with the Beavers, he was an assistant coach at his alma mater, the University of Findlay.

"Building a program is a tremendous opportunity," said Ben, who still holds three school records for the Oilers.  "Many thanks to Greg Cooper and the Heidelberg administration for entrusting me with this opportunity.  I am happy to be a part of the 'Berg family!"

Swimming at Heidelberg has a long, rich tradition on campus, dating back to the "Heidelfins" -- an extracurricular organization for decades.  However, the new swim teams will be HU's first to compete at the varsity level since the early 1980s.  Club swim teams have competed periodically, including a stint in the late 1990s.

Heidelberg will be the sixth Ohio Athletic Conference school to sponsor swimming.

Unlike his stint at Bluffton, when he was tasked with fielding a team for competition right away, Ben will benefit from what is often referred to as "Year Zero" -- a full calendar year to recruit student-athletes.

"My passion for the sport of swimming and the exceptional people that it produces runs deep," said Ben, a five-time conference champion and the 2018 Great Midwest Conference Athlete of the Year.  "I am excited to provide opportunities for athletes to receive a strong education while enjoying the experience of collegiate athletics."

The 'Berg swim teams will train at the Tiffin YMCA, strengthening the already tight bond between the two storied institutions.  As an OAC-sponsored sport, 'Berg swimmers will compete for recognition at the conference and NCAA levels during the winter season.