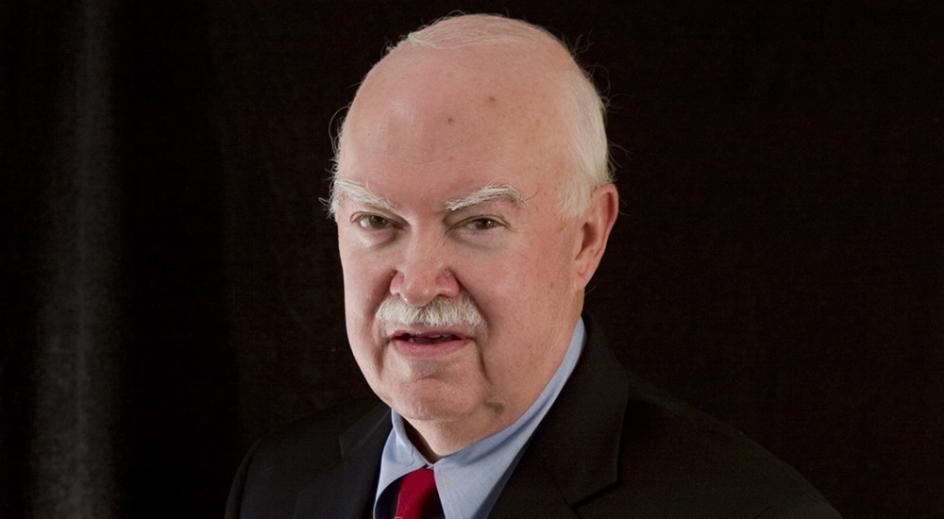 With profound sadness, I wish to inform the Heidelberg community of the passing of current Trustee, distinguished alumnus, and Heidelberg benefactor Gary L. Bryenton, ’61, on Thursday, November 17, 2022, at age 83.  Professionally, personally, and philanthropically, Gary was a giant, a leader, a visionary, and a man of eminent character.  His Heidelberg legacy extends first through his dear wife, Barbara, ’59, and his dear brother, Alan, ’62, and links together the 20-plus members of the Beck, Brown, Bryenton, and McQuate Family, whose contributions to Heidelberg date back to 1886.  The family was recognized with the Founders Day Award in 1998.  Gary was part of a truly legendary Heidelberg family tree!

One year after his graduation from Heidelberg, Gary entered Case Western Reserve University School of Law, graduating with honors in 1965.  That year, he joined Baker & Hostetler, LLP, one of the nation’s oldest (1916) and largest (nearly 1,000 partners and associates) law firms.  Between 1965-72, he was admitted to practice before the Ohio Supreme Court, the U.S. District Court, the U.S. Court of Appeals for the Sixth District, and the U.S. Supreme Court.  In 1972, he was elected a partner of Baker & Hostetler. He continued to excel at the firm and earned a long list of management positions, including Managing Partner of the Cleveland Office.  In 1995, Gary was named Chief Operating Officer at Baker & Hostetler, and in 1996, he was elected Executive Partner (CEO).  During his five-plus decades with Baker & Hostetler, Gary specialized in real estate transactions, partnerships, reorganizations, and mergers and acquisitions in the firm’s Business Division, representing individuals and business entities engaged in a wide array of enterprises, including major national real estate operators and developers, computer technology, retail stores, professional sports, publishing, manufacturing, service, among others.  Upon his retirement at the end of 2019, Gary opened a private practice and continued to practice law until the time of his passing.

Gary was well known as the lead counsel representing the Jacobs Brothers in their acquisition and restructuring of The Cleveland Indians (now Guardians), participation in the development of Cleveland’s Gateway Project, and the development of Jacobs Field (now Progressive Field) and Gund Arena (now Rocket Mortgage FieldHouse), home of the Cleveland Cavaliers.  He also served as an officer and director of The Cleveland Indians and on the boards of the Cleveland Orchestra, the Rock & Roll Hall of Fame & Museum, and the Society of Benchers (CRWU Law Honorary).

Gary’s legacy to his alma mater is, quite simply, unparalleled.  He joined the Board of Trustees in 1990 and at the time of his passing, he was the second-longest-serving Trustee with 32 continuous years of strong service.  In 1994, he was elected the 17th Board Chair, a position in which he served with great distinction through June 2006.  Gary received the Trustee Distinguished Service Award from the Senior Leadership Team in 2014.  On Barbara’s advice, we gave him lots of gardening tools and a new ’Berg cap.  At the time of his passing, Gary was serving on the Enrollment Management & Marketing, Finance & Facilities, University Advancement & Alumni Affairs, and the Investment Board committees.  His interest in the life and well-being of Heidelberg began during his time as a ’Berg student.  He demonstrated leadership potential even as an undergraduate, with his service on Student Council, the Campus Affairs Committee, Debate Team, Tower Men, Concert Choir, Pi Kappa Delta debate honorary, and Nu Sigma Alpha.  He also spent his entire junior year abroad in our AJY Program at the University of Heidelberg in Germany.

Always appreciative of the many opportunities he discovered while on campus, Gary wrote the following on the occasion of his 45th Heidelberg class reunion: “I have been fortunate to have had the privilege of serving Heidelberg as a member of the Board of Trustees, giving me the opportunity to give something back to the college in gratitude for what it gave me more than four decades ago.”  That mindset led him to an extraordinary record of giving of his time, talent, and treasures to his alma mater.

It would be next to impossible to list all of the areas of our campus – both large and small – that have been created or improved because of Gary’s generosity.  He and Barbara have been significant contributors to The Heidelberg Fund for many years, an indication of his keen understanding of unrestricted giving to provide for the immediate needs of the University.

During Alumni Weekend 2007, the Bryenton Center for the Honors Program was dedicated in recognition of a generous gift from the Bryenton family.  Gary considered it a privilege for the family to be associated with the program and the Honors Center.  On Alumni Weekend in 2014, Heidelberg dedicated the Alan C. Bryenton Terrace.  Gary provided funding for the terrace construction as part of his significant support for the Academic Comprehensive Campaign for Excellence (ACCE) and in loving tribute to his brother.  Gary’s unveiling of the terrace name was a touching moment for Alan and it elicited some wonderful college stories by the Bryenton brothers.  The terrace was part of a larger renovation one year earlier that restored the 19th century Honors Center – the former home of Heidelberg presidents for 100 years – to its grand and functional form, thanks to major gifts to fund renovations and repairs from Gary and Alan.

Gary was instrumental in spearheading successful class giving campaigns in honor of his 50th and 55th reunions, challenging his classmates to join him in support of the AIM Hei program.  Additionally, he led a Trustee Challenge to raise funds for Gillmor Science Hall (2005).  With his gift to the Gillmor campaign, he established the McQuate Greenhouse in memory of his uncle, Dr. Arthur McQuate, the long-time Heidelberg biology professor (1944-1966).  There were numerous smaller initiatives, too many to name, to which Gary lent his support over the years, including the Ohl Endowment, the Quellhorst Endowment, and the Student & Community Welcome Center project – always behind the scenes to set an example and address a specific need on campus.

Gary and Barbara Bryenton are among our most generous lifetime donors.  It was a great source of pride to count them as one of the 17 inaugural inductees to The 1850 Society Founders Circle of the Heidelberg Builders & Benefactors in 2013, a designation for those donors whose total lifetime giving has surpassed $1 million.  As members of the Heidelberg Heritage Society, the Bryenton legacy will be perpetuated in the estate gift that Gary and Barbara have also established for Heidelberg.

On a very personal level, Gary will always hold a special place in my Heidelberg heart.  Three years after succeeding Gary as Board Chair in 2006, Sondra Libman ’67 (Trustee Emerita 1998-2019) hired me in 2009.  She relied on Gary’s wise counsel for many things over the years, including the drafting of the original employment agreement.  I benefited significantly from listening to Gary as well over the years that followed.  Several months before I actually started my job here, Gary and Barbara were joined by his long-time law partner and fellow Trustee, Vic Strimbu, ’54 (Trustee Emeritus 1996-2020) and his wife Marjorie to host Susan and me for an incredible dinner at a restaurant on Lake Erie with a spectacular view of downtown Cleveland across the water.  Over more than three hours of great conversation and superb food, all of them were so gracious to us and I learned first-hand why our alumni love Heidelberg with such passion.  In my first fall on campus, Sondra and Gary agreed that Gary should host a Board of Trustees conference call with me in his law office to make the recommendation for starting the historic renovation of Laird Hall into the Adams Hall School of Business immediately after the Inauguration in early November but before the fundraising was completed.  With Sondra and Gary’s strong voices of support, the Board approved.  Gary’s sense of smart and measured urgency launched the 24 campus building projects that culminated with the Miller Hall renovation completed this fall.

Gary Bryenton represents all that is good about Heidelberg and all we could ever hope for from our alumni.  His leadership, wisdom, steadfast and prudent counsel, and most of all, his spirit and desire to give back will be missed by so many Heidelberg classmates, colleagues, and friends.  It will be difficult to say goodbye to a true gentleman and friend who has meant so much to this University.

He is survived by his wife, Barbara; daughters Elisabeth and Susan; and younger siblings Alan, Harlene, Don and Dean.  Please join me in expressing our deepest sympathy to his immediate family, friends far and wide, and alumni to whom he meant so much.

I will be forever grateful to Gary Bryenton.