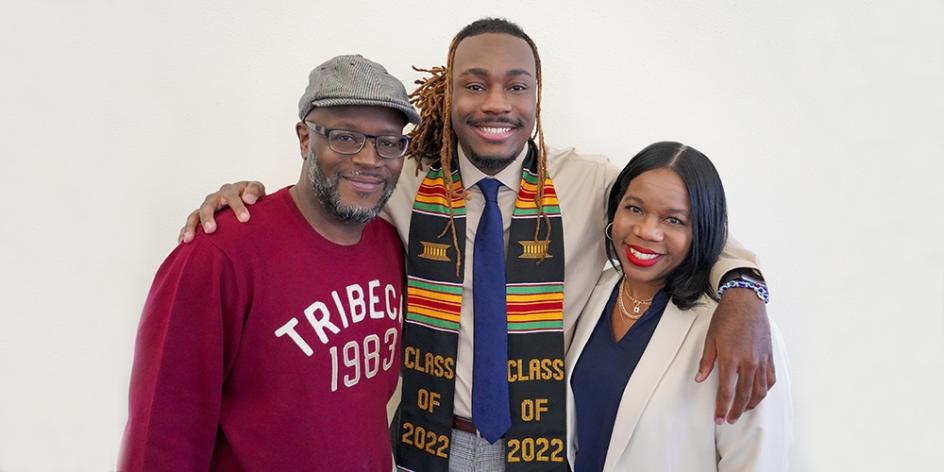 In a colorful celebration of diversity, pride and community, graduating students of color and members of the all-inclusive ’Berg Allies were honored for their achievements and contributions to the Heidelberg campus during separate ceremonies last Friday.

During the ceremonies, the graduating members of the Class of ’22 formally received the stoles and cords which they will wear with their caps and gowns at Commencement on May 15.

’Berg Allies, with the support of Student Affairs, organized the Lavender Graduation Ceremony, a cultural celebration of leadership and success that recognizes LGBTQ students of all races and ethnicities and those who support them. Berg Allies VP and graduating senior Bernae Dysart opened the ceremony, followed by remarks by graduating president Jasmine Ridler.

Berg Allies is an all-inclusive group that brings together LGBTQ and straight students to support each other, provide a safe place to socialize and create a platform to fight for racial, gender, LGBTQ and economic justice issues.

Chaplain Paul Stark, on behalf of the Office of Multicultural Student Affairs, led the coordinated efforts for the Multicultural Graduation Celebration, with assistance by the Black Student Union and families and friends of the honored students. Dr. Nichole Griffin, assistant professor of education and co-advisor to the BSU, provided a welcome and invocation.

Kentes and cords were presented to the graduating student by a loved one or someone who has had a positive impact on their ’Berg experience.

Closing remarks were delivered by Kayliana Barbee, a member of Black Student Union.