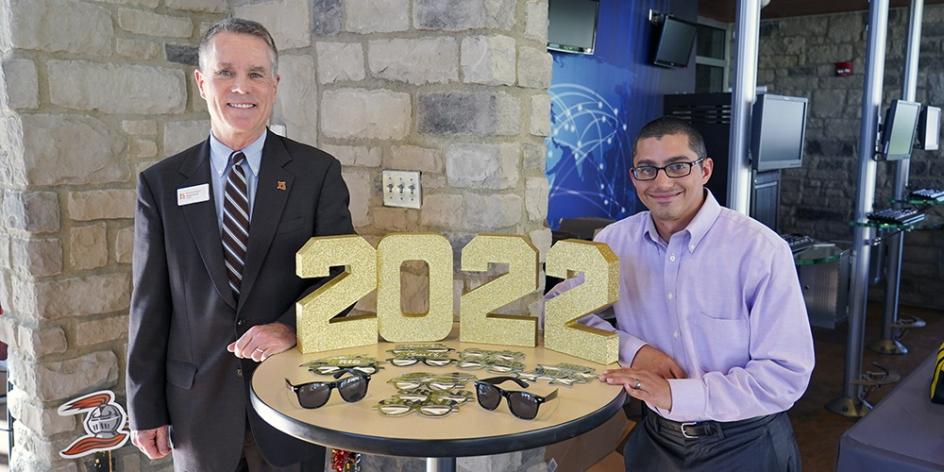 Capt. Taylor Schulmeister, ‘Berg Class of ’13, is this year’s recipient of the Young Achievement Award, presented Thursday night as part of the Beyond the Berg event to welcome this year’s graduating seniors into the alumni family.

The award recognizes a recent grad between their 5th and 20th class reunions who has demonstrated leadership abilities and achieved distinction in his/her respective field of employment and/or service to humankind.

With his wealth of knowledge of nuclear weapons and his dedication to safety here and internationally, Taylor could be the poster child for the award. He began his military service while still a student at Heidelberg, entering active duty as an Air Force commissioned officer after graduation.

Stationed at Edwards Air Force Base, he put his physics degree to good use, working toward the creation of a new environmentally friendly liquid rocket propellant. NASA utilized this new technology in the Green Propellant Infusion Mission, which took off in June 2019 and landed safely in October 2020, when the successful mission was completed

And that was just the beginning! Taylor earned his master’s degree in nuclear engineering and began working as a nuclear weapons effects analyst and was recognized as the Air Force Nuclear Weapons Centers 2021 Mid-Career Military Scientist of the Year for his work on setting nuclear hardness requirements for various weapons systems which are actively used to deter foreign military strikes on U.S. soil.

Today, Taylor works at the Air Force Technical Applications Center at Patrick Space Force Base in Florida as a nuclear debris alert officer. He and his wife, Deidre (McVay), ’14, traveled from their home to receive the award and celebrate with the Class of ’22 at Beyond the Berg. He had some special messages for the grads-to-be.

“Take the time now to enjoy this moment, because you’ve earned it,” he said. “Then, get ready. Life after graduation is a whirlwind of activity beyond your wildest dreams.”

As professionals, the grads will be asked to perform at unexpectedly high levels, work with new people and face new challenges. Ultimately, they’ll find their niche.

“There is no shame in needing to explore to find what you’re best at,” Taylor said. “A Heidelberg education does not prepare you for a single role in society. Rather, it ensures you have the tools necessary to seize a multitude of opportunities.” 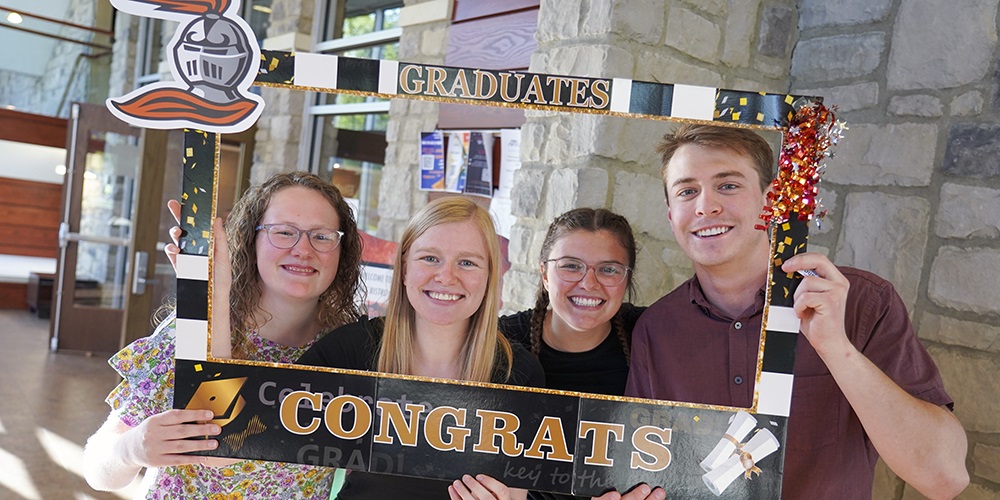 He encouraged the grads to really utilize the skills they learned at Heidelberg, as they have served him very well in his career.

“Heidelberg didn’t prepare me (specifically for any position), but the skills in communication, problem solving, critical thinking and adaptation that I got to practice and develop here at Heidelberg before I entered the Air Force have helped me throughout each assignment to stand above my peers,” he said.

About 100 seniors attended the Beyond the Berg event, which was co-sponsored by the Student Alumni Association, the Alumni Council, the Office of Alumni Engagement and HYPE Career Ready® and Placement.