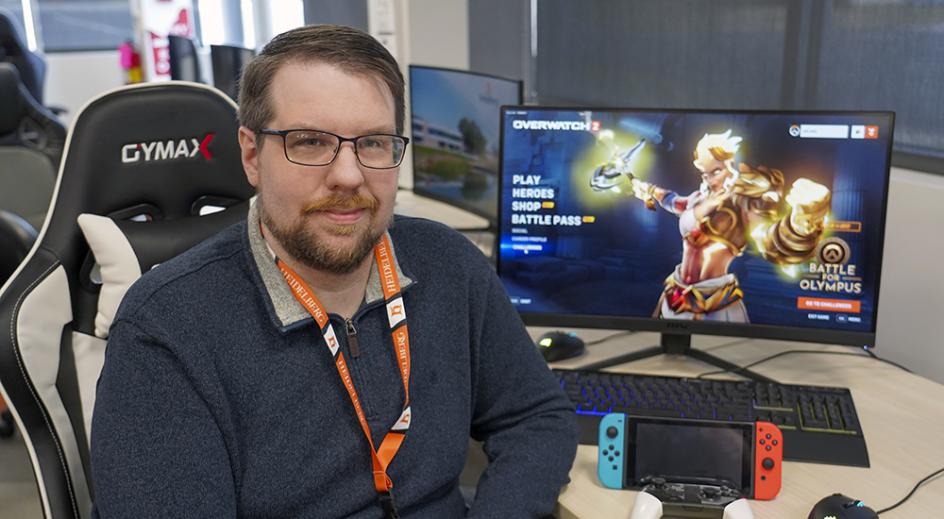 "We are excited to welcome Ryan as Heidelberg's first varsity Esports coach," Greg said. "His local connections to the high school Esports scene and development of programs at that level is a great asset to helping to build this program from the ground up."

Esports, short for electronic sports, is a rapidly expanding form of competition between teams or universities -- using video games as the medium. Heidelberg's team will be co-ed and will compete at Heidelberg's GEM (Gaming Esports and Media) Center.

"I'm both thrilled and excited to be working with students at the post-secondary level, and officially bringing competitive Esports to Heidelberg University," said Ryan, who also taught math in Upper Sandusky. "Along with my core subject, I've always had an interest and passion for gaming, and getting to see and work with students' passions outside of the classroom further solidified my interest in pursuing a career in Esports."

Esports competes throughout the entire academic year with Heidelberg set to begin competition in the 2023-24 school year.

Under Ryan's guidance, Heidelberg is actively exploring membership in an intercollegiate Esports organization.

"The popularity of competitive gaming has exploded in recent years; viewership of some of the biggest Esports tournaments and general gaming content has been steadily on the rise," he said. "Gaming is something that can be enjoyed both casually and competitively, for men and women of all ages and abilities, and just like with traditional sports, it can be a lot of fun to watch."

The addition of Esports, men's and women's swimming, and STUNT, will bring Heidelberg's total varsity sports up to 24.