Independent filmmaker Brett Culp has worked with high-profile celebrities throughout his career. But the people who have impacted his life the most those we’ve never heard of – ordinary people who’ve done extraordinary things to uplift humanity.

Empowering students to find their unique path to leadership, Culp kicked off the third year of the HYPE Career Ready® program with a keynote talk on Thursday that inspired the heroic spirit in all of us.

Those real-life heroes – a 9-year-old helping the homeless, a teenager swimming to raise funds for a cancer camp for children, those working to help pediatric cancer patients and their families – became the subjects of Culp’s documentaries. One film, Legends of the Knight, chronicles the human experience of individuals who overcame adversity to make a positive impact because of their childhood love of Batman.

At the world premiere, Culp wanted to do something special, so with no money to market the film or staff to support him, he took a risk and offered the film to any community that wanted to screen it, with proceeds going to charity. A total of 110 theatres in cities around the world took him up on his offer, raising $100,000 for charitable organizations. 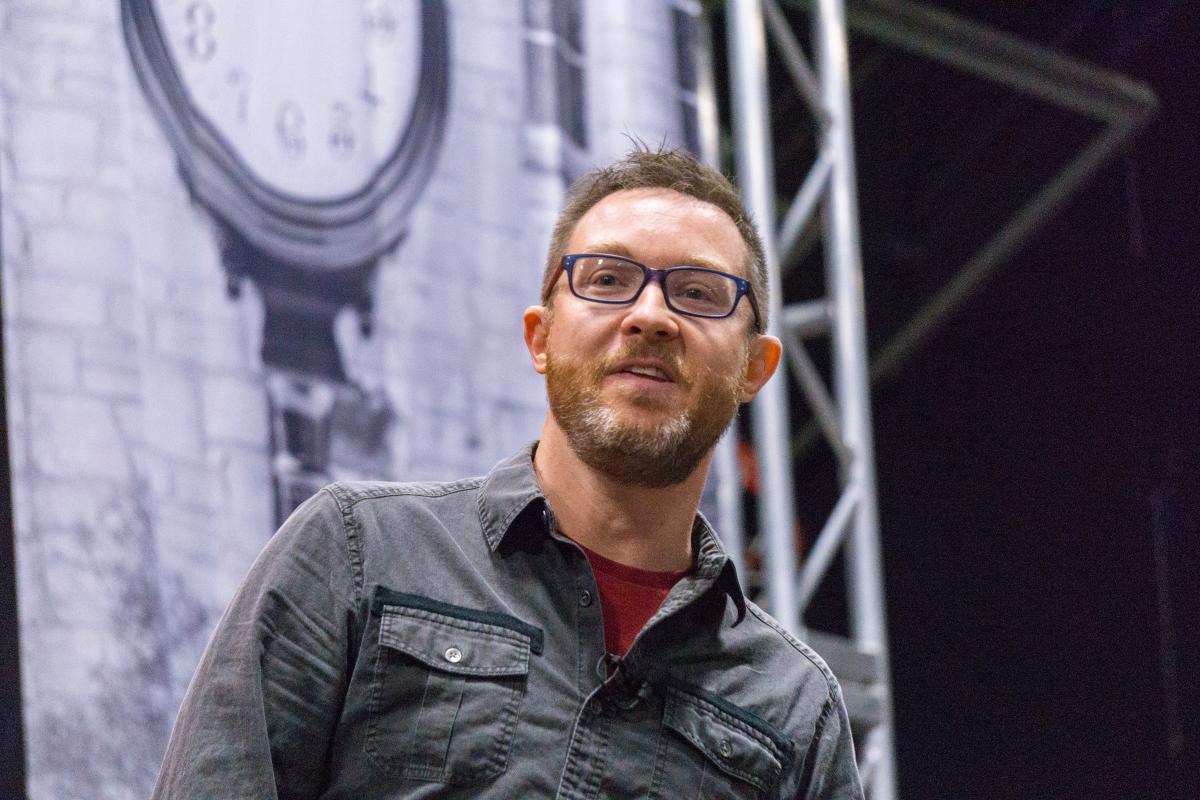 His experience with Legends of the Knight redefined and reshaped the concept of leadership for Culp. “It’s not about titles,” he said. “Real leadership is inviting people on a mission to do something extraordinary together.”

In a world filled with “negative news, mean comments and tweets that bring darkness into our lives, the truth is, the world is filled with good people who want good things for their families and their communities,” he said.

“These people were willing to step up. We need people to step up first and lead the way.”

Those first steps aren’t achieved by people who are more talented, smarter or luckier, Culp said. Instead, great results come from people who make their own luck by stretching a little further to inspire others.

Through his stories of hope and heroism, Culp shared the impact of those people who went out on a limb to help others. One such person is 9-year-old Ewan who volunteers regularly to help Detroit’s homeless. “There’s great simplicity in what he’s doing. His greatest impact is not the work he’s doing but how he’s impacting others,” Culp said. “He’s tapping into the greatest power on the plant, and that’s hope.”

And hope equals possibility. The essence of his message was to tap into the best within themselves and bring it to the world. The students gave him a standing ovation following his talk.

“Your life is still out there to be written,” he told them. “The gift you bring to us is your sense of possibility, your sense of imagination and what could be.”

And while they may not see the results of “the commitment, passion and hope you are investing today,” for years or even decades, he encouraged students to focus on making the right choices and on the long story their life is telling “because that is where the world is going to change.”

Through his work experience, Culp has come to the conclusion that ultimately, the world is good.

“The best is out there for you. Keep telling your story. Let hope and possibility guide you,” he said.